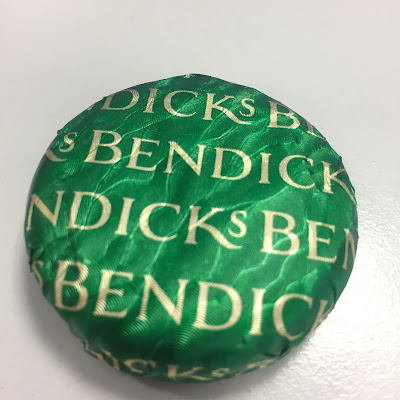 Oh, I had such plans for this blog, back in the when.  I had spoken to a number of perfumers who had suffered similar (and some very different, but still olfactory-related) conditions and I was going to make this blog more of a resource for smell-dysfunction sufferers, than a diary of my own condition. But then I think my life as a parosmic kind of took over, and I simply found it all too difficult to write about.

The last two and a half years, since that fateful cold, have been dark, surreal and difficult, but not entirely without hope. However, if you're one of the readers who wrote to me me over the last 30 months or so, and were one of the ones I was unable to respond to because I was so wrapped up in my own situation, then please accept my heartfelt apologies. I'm sorry. I am very sorry. I didn't respond, not because I was ignoring those messages, or even because I didn't want to respond, but it was simply that it was too painful to relive my own situation over and over and over again, to each new correspondent and I'm rather ashamed that I've been lax as a result. Since I last posted I had a series of depressive episodes, I had to get a new job, and I moved house. I even got nominated for a couple of awards! It's been hard work, but it's not all been bad.  Things are definitely on the up.  Even smell-wise.  In fact, especially smell-wise.

A lot of the emails I've had recently have all asked the same question: "You haven't updated your blog for a while, does this mean you are cured now?", and the answer is no, I'm not cured, but things are better - a LOT better - but I'm not "cured".  I estimate I have around 60-75% of my pre-anosmic smell-function back, and my parosmic symptoms are probably around 20% of the problem they were when just the physical act of washing my hair in the shower, or brushing my damn teeth would have me throwing up and fearing the act of cleaning myself.

I can occasionally drink coffee, I can eat chocolate, I can eat bacon again.  I wouldn't say I particularly "enjoy" any of them these days, but being the in the same room as them is now tolerable, and if my office-deskmate occasionally brings me coffee instead of tea now, then it doesn't mean I need to go home for the rest of the day any more - and I don't have to ask people at the next table in restaurants to move their hot drinks either.  Parosmia makes you a bit of a pariah.  Ironically though, I've probably drunk more coffee in the six months since I discovered it was "back", than I probably did in the five years before it was lost!  Milk chocolate is easier than plain and the Bendicks Bittermint illustrating this piece illustrates my current goal, they were my favourite chocolate ever "before", and I had one the other day that tasted just like Germolene, so I'm winning!  Hey, it's in the right ballpark, at least ...

So, how has this transformation come about?  I won't lie, it hasn't been overnight, and it has involved a fair amount of work, some of which has been awful, and some of it hasn't been so bad really.  But it has basically all been smell training.  When I first read about the technique, back when the parosmia was crippling me so much I could barely leave the house, the very thought of my deliberately smelling anything with intent, much less something that was almost entirely guaranteed to set off a parosmic reaction, made me laugh because it seemed so stupid and so simple, and frankly, it was also terrifying.  Why would I put myself through that?

But, as I contemplated an increasingly restricted world nasally speaking, diet-wise and even socially, I realised that I had to do something to at least try and widen my smell-horizons.  So I started where I knew best, perfume.  Having built myself an initial smell kit, with the recommended essential oils (and I'll go more into the science of smell training itself another time), I realised that the smells weren't working for me, rose just smelled of burned paper, eucalyptus set off the most hideous parosmic reaction ever, clove didn't smell of anything, and lemon was just "lemon", I realised it wasn't working for me, in a way I could work with, and rationalise properly.

Knowing that I could smell violets (there's more about how I made this discovery here: http://parosmiadiaries.blogspot.co.uk/2015/03/a-parosmic-at-anosmotheque.html) quite well, and also owing a huge library of fragrances owing to my perfume blogging, I set myself a challenge.  I'd wear a fragrance a day, whether it set off a reaction or not, and force myself to write about it, just a sentence or two, every day.  I set myself a hashtag on instagram  called #LipsNspritz (there's nearly 400 pictures there now, which gives you an idea of how long I've been doing it), so I could document my "experiment", and now here we are.  I'm back reviewing perfumes, though I find it a lot (a hell of a lot) more difficult than I did before, and my nose gets tired really very quickly indeed, but life is much much better.

Once I started, I realised quite quickly that the more often I encountered something - even something that was "disgusting" initially - the more easily I was able to distinguish that particular "something", and the smell of it got incrementally "better" each time.  Even with things like coffee, and chocolate, and bacon which were my worst triggers for a long time.  Tempting though it is for a parosmic to retreat into a "safe" world of beige and white food that doesn't cause reactions, and to avoid fragrances and try to live as smel-lessly as possible, I think that can just exacerbate the issue.  Its counter-intuitive, I know, that the answer to things smelling disgusting might actually to be to smell MORE disgusting things, and more often, but I think it's definitely helped me, and, from my talks with my facebook pals, I think its helped quite a few of them too.

I liken it to learning a new language. When you lose your sense of smell, your brain loses your "language" of smell at the most basic level, and when you're parosmic, it's basically your brain trying to make sense of what's there, but it just registers a huge barrage of foreign words (smells) and fails miserably to parse it into anything even resembling words (smells).  However, as you eventually expose yourself more and more often to smells (having a conversation with the locals, if you will), those rules start to reveal themselves, you once you can pick out the odd word or two (like I did with violets), you might be able to follow the odd sentence.  But you've got to start having those conversations.  Like just living in a cave in Spain, and only speaking English won't improve your Spanish, hiding out in our homes trying not to smell anything at all won't bring back our sense of smell.

(Was that metaphor torturous enough?)

All that said, I still come across things I can't smell. Bathroom and kitchen smells in particular remain a bit lost, I still can't tell if I'm burning toast, but on the plus side, I still can't smell sweaty feet/pits on the tube either, which is a blessing, if you ask me. There's a particular molecule in some fragrances that still smells "bad" to me, but I'll be buggered if I can figure out what it is at the moment.  I did have an idea what it was recently, but then I smelled it in its pure form thanks to a perfumer friend of mine, and it actually smelled delicious, so go figure.  I still have to ask if food smells a bit iffy, and I occasionally don't know if I'm smelling something or not: "Is there a smell?" is something I still ask a couple of times a week. I don't know what my new home smells like. I still don't like washing my own hair.  I still can't use minty toothpaste.  My husband, bless him, doesn't smell like a tub of Bisto anymore (this is a good thing, by the way), but now occasionally smells of parma ham.  Which is fine, there's a perfume ingredient I can't remember the name of right now (I want to say sequoia wood, but I'm not sure), that also smells just like parma ham, and it's very sought-after, I'm led to believe. I can live with it.

So no, not cured, but I can speak enough of the lingo to get by, these days.  Just.   I'll try to be better about the emails, I promise.  I'll be back.

Smell Training on Facebook (linked to the above site)

Smell Training by the Monell Centre 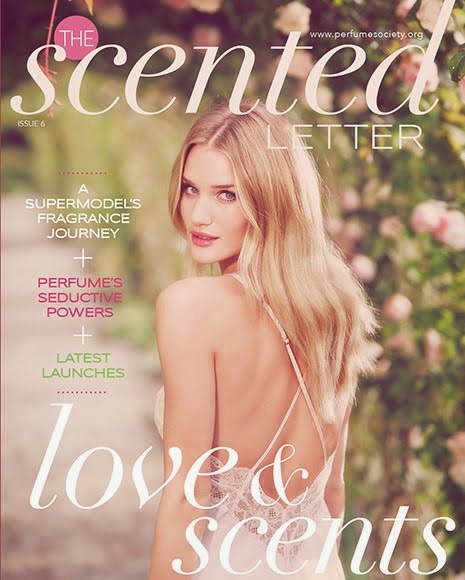